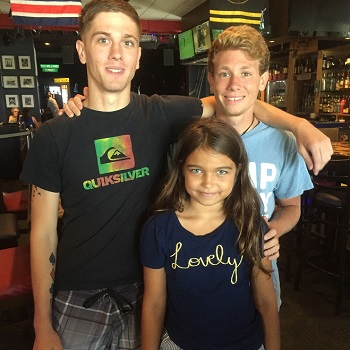 “My brother Shawn and I bounced around from home to home until we were taken in by Place of Hope in 2006. During our first few months there, we frequently acted out in anger because we had been hurt and disappointed by every adult we had ever known. Our Cottage Parents continued to be patient and love on us and eventually our attitudes began to change. We learned manners and started behaving like young gentlemen. During our time in the Family Cottage, we formed a strong bond with our Cottage Parents and their young daughter, Keziah. We loved her like our own sister. We were eventually adopted by a family member, but to this day we still keep in touch and visit Place of Hope! I joined the Marine Corps right after high school and have had the privilege of traveling the world. I have been to all 50 states and even Japan. I work hard and love what I do! My younger brother, Shawn, graduated from high school. He wants to become a fire fighter!”